How to Create an Evil Villain For a Story

This article is brought to you by the Evil Villain Generator. 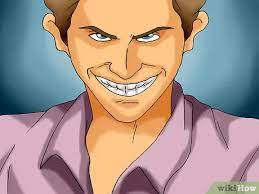 The easiest way to create a great villain is to start with a sociopath or a psychopath. While we've all seen them on TV, you might be surprised to learn that these characters actually exist! They have their own weaknesses, as well as goals. Because of this, stopping them won't be easy. Here are some tips to help you develop your character's personality.

Psychopaths and sociopaths are both common examples of evil characters in stories. While the former tend to be manipulative and violent, sociopaths have other motivations that are more subtle and realistic. In fact, you can even build a psychopath from a recognizable stereotype in your story. Psychopaths can be fascinating characters because they can give the reader a sense of fear and dread.

A good villain has multiple motivations and a goal that drives them. As a writer, you need to keep in mind that your antagonist is still a human character, so make sure you develop his or her motivations. This will make him or her seem more human and sympathetic. Remember that evil characters still have desires, goals, and fears. If you make it too easy for them to achieve these goals, the villain will feel a little flat.

Make the villain three-dimensional. Think of what it would feel like to meet this character in person. Does the character look like they belong in the story? If so, they need to jump off the page! If you want to make an evil character, make it fit your story like a glove. You can also refine the character as you go. When you've chosen an evil character, write down some of the core traits they share.

The main goal for your villain is to get your readers to care. He should be able to inspire your main character. He or she should be able to motivate his or her minions. The villain should be a compelling character, capable of achieving great things, and full of charisma. In addition to being a bad guy, a good villain can be talented, clever, or even charming. The villain should not sound like he or she is the antagonist, but a product of the environment.

A well-developed villain has a purpose. They need to accomplish something that affects the main character, such as revenge or money. This means that your villain's goal should be related to the plot and theme. This character's motivation is key, and it will help you unlock the other aspects of the character. Remember that villains aren't evil by nature; they're just humans who made mistakes in their lives.

A sociopath has an inability to feel empathy and is antisocial in nature. They can be a family member or friend, and may even be their own children. Their lack of empathy results in decisions that may have self-serving consequences. This type of character is not a good fit for your story if your characters care about others. They can be equally destructive to animals, which you should be careful with when creating a sociopath.

Sociopaths can be both a good and a bad character. Psychopaths that are born into a loving family may be very successful in business, but those raised in an abusive home can become dangerously warped. Consider the fact that many serial killers come from abusive backgrounds. Adolf Hitler was bullied as a child, but he wanted to become a painter. If you're wondering how to create a villain that won't be sympathetic, you can talk to a forensic psychiatrist.

While psychopaths can be charming and likeable, they can also be cold and mean. They can be very manipulative and cunning. If they don't get what they want, they will often plan their revenge meticulously. They will spend years planning a plot that will get them what they want. However, if you don't know enough about psychopaths to write a story that features a psychopath, you can make one up by doing some research on the character.

In fiction, sociopaths often have limited capacity. They seek out their victims because they're fun to manipulate. They don't want people to think they're clever. They're also quick to find someone else to do the job for them. In fiction, these are the types of characters that are perfect for this type of story. If you're not sure what a sociopath is, consider how they act in real life.

Another trait to consider when creating a sociopath is how they view the world. While most psychopaths are violent, there are many who redeem themselves. While a psychopath may not care about his victims, they are highly manipulative and capable of manipulating others. They're also likely to be a very high functioning type, and you can use this to your advantage.

If you're looking for a sociopath for your story, you can use characters who are narcissistic or psychotic. Psychopaths tend to hide their feelings, and their ability to manipulate other people will make it difficult for them to get involved in your story. Narcissus is another great example of a psychopath. Narcissists are also manipulative, but not as blatant as psychopaths. And codependents have traits that are familiar to those in the addiction recovery field. They need addicts and usually allow their behavior without realizing the consequences.

Sociopaths are the opposite of X-Altruists. They detach emotionally when needed and re-attach emotionally after a crisis. They can also display flexible detachment in a story, blocking key emotional pathways during times of great stress. This allows their mind to function without arousal from emotional feelings. These moments are temporary, but they can make or break a story.

When creating an evi8l villain for your story, you can make sure that the sociopath has a strong personality trait, so that the reader is compelled to want to see more of them. For instance, a sociopath can be a good choice for a villain in a story about revenge, as they are prone to acting like this for self-gain.

Psychopathy and sociopathy are related to brain structure. Sociopaths have increased neuron functions, so they may have more difficulty developing morality. However, many experts believe that sociopathy is more of an environmental construct than a genetic trait. A child who does not receive proper nurturing develops a sense of independence and self-care, and is more likely to imitate violent behavior.

What are your thoughts on How to Create an Evil Villain For a Story?