The pirate cove name generator generates random pirate cove names. Usage - You are free to use anything generated in your creative works. Because the generators use AI to create content it is possible it may create words or sentances that are owned by other parties. This is up to you to check. And as always, feel free to link back if you use our generators.

How to Generate a Pirate Cove Name 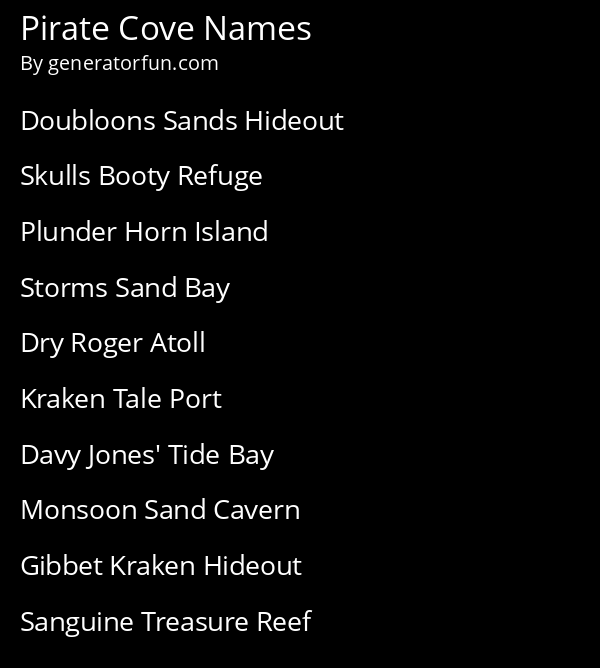 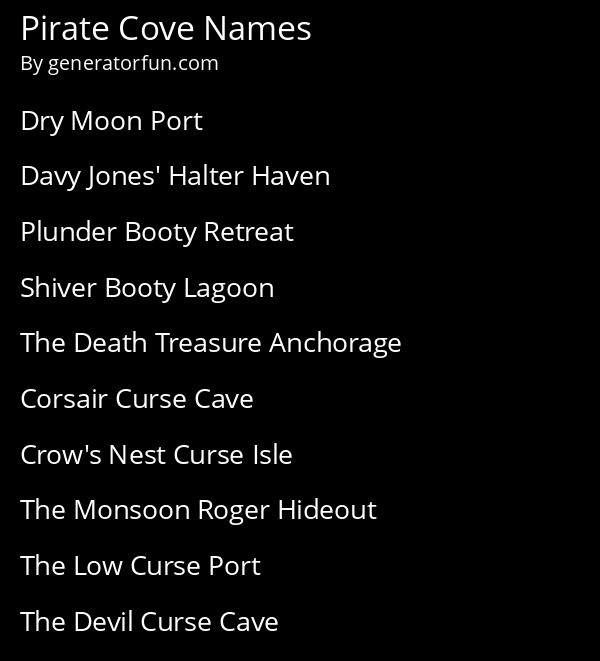