The Fight move generator is a really cool and useful tool you can use to generate original fight moves. If you've seen the video game fighting games, there is a lot of fighting that goes on in those games. But, it doesn't always make sense from a storytelling perspective, but with this tool you can make any fight pretty much work. You can generate a fight for your script or story writing project and quickly see how it would go. The fight move generator is a tool that helps you come up with original and creative fight moves. It includes a grappling section, punches, kicks and everything you need to figure out how to put on an awesome fight. The Fight Move generator currently can create over 3,995,750,846,080 unique results. That is over a Trillion unique and original Fight Moves. Even more if you use a translator or the AI content rewriter.

How to Generate a Fight Move

Press the generate button to create an original fight move with the description of what the attack involves.

Do you want to have Fight Move random content on your website, blog or app with our API? Check out the Fight Move API

2. Gouge Larynx and Then Disjoint Tonsils (If Available)

4. Bend Larynx and Then Crush Skull

6. Jab Gums and at the Same Time, Bend Face

8. Grind Ribs While You Slash at Ass

10. Cripple Bladder and Then Kick Scalp

Slap Larynx and at the Same Time, Maul Toes

Dig nails into Adam's Apple While You Bend Ribs

Thrust knee into Face as You Cripple Collar Bone

Slash at Toes While You Grab Skull 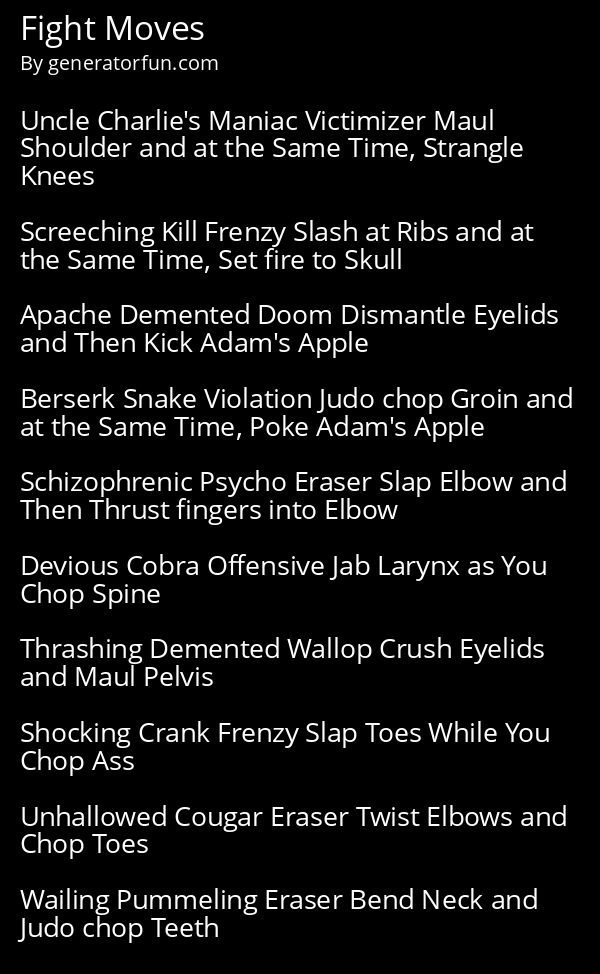 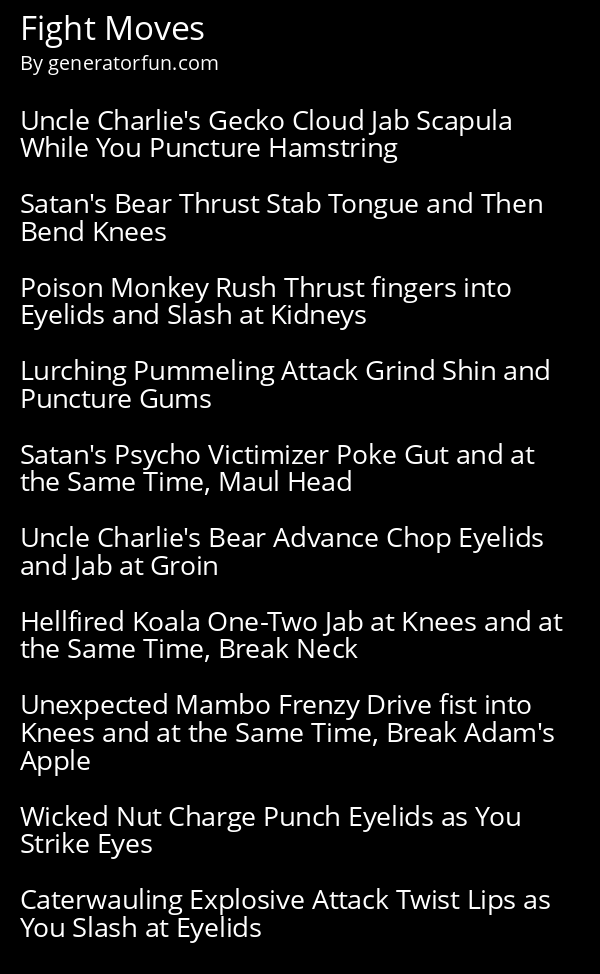 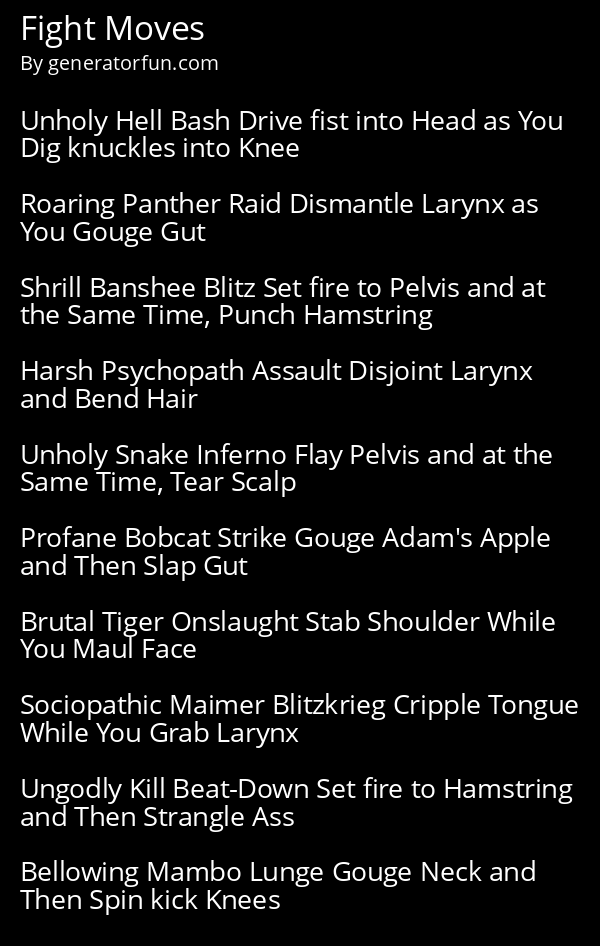