How to Create a Writing Plot

This article is brought to you by the Plot Generator. 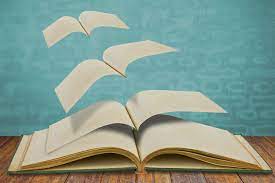 When writing, a plot is the core of a story. A story can be as simple or as complex as you like, but it is crucial that it's structured well. The following paragraphs discuss plot points, the Structure of a Writing Plot, and the Goal and Conflict of the story. A plot can make or break a story, and there are ways to make your story more interesting and more gripping.

The structure of a writing plot can be described in several ways. Some writers use Freytag's Pyramid, a five-act structure inspired by classical Greek tragedies. In either structure, there is an opening scene, rising action, and climax, which reflects the story's tension between the main characters and their stakes. In a tragic story, a central climax is the turning point of the plot. The ending of the story involves a denouement, or resolution of the climax.

In fiction writing, the five elements of a writing plot are exposition, rising action, climax, fall action, and resolution. Each of these elements is integral to the overall success of a story. Exposition begins a story by establishing setting and characters, as well as early exciting hints. Then, the writer creates the main conflict in the plot, which sets the stage for the rest of the story.

Setting is the setting of a story and is often the time period where events occur. The plot, on the other hand, is the sequence of events that occur throughout a story. It can include events that occur in the past, present, and future. For example, the Flash comics mix these different settings and times. Finally, plotline is the main sequence of events, also known as the narrative structure. Typically, the plot is made up of three parts, each centered around an important event or conflict in the story.

Throughout a story, several elements interact with each other. Exposition introduces setting and mood, and can also include characters and relationships. During this time, character development occurs. Rising action introduces the main character's problem, or the theme of the story. The rising action part builds the tension and emotion of the story, and culminates in the story's climax. The plot, then, develops the theme and the main character's resolve.

The Goal of a Writing Plot is what drives the plot. The story is defined by the action of the protagonist toward a long-term goal. The protagonist has several small goals, which give the story an overall meaning. Every story has a protagonist who wants something, and establishing what the protagonist wants can be difficult. A long-term goal is also known as a Dramatic Action plot. It's important to establish this goal early in the story because it sets the stage for forward motion.

The Goal of a Writing Plot consists of the overarching goal, as well as the individual goals of each character in a story. The goals for each scene are interconnected and build on each other. A partial goal may be something that a character wants on Mother's Day, and the goal for each scene is a part of the overall goal. When writing a story, everything must be integral and interconnected.

Conflict is a common theme in most stories, from romance to action to fantasy. It can be used to make your story more engaging by transforming mundane intentions into concrete goals. Conflict happens when characters struggle against each other to accomplish a goal. Conflict writing plots can be incredibly exciting and tense, which makes them great for readers. Here are a few tips for creating a conflict writing plot. Hopefully, these tips will help you get started.

A good plot should have a clear goal and constant tension. Conflict can come from characters, the setting, or even the protagonist's inner conflicts. It's important to include an element of conflict, as the climax represents the point of no return for your readers and the beginning of the end. It's important to find the perfect conflict, because it's what makes your story interesting. And remember, you don't want the reader to be satisfied with the story - they want more!

A good conflict writing plot should have several levels of conflict. The first level is the internal conflict of a character. It's important to establish the character's conflict before the reader starts reading. When a character reaches the climax, they must overcome a large obstacle that threatens his progress. This creates more tension and conflict, so they must reflect on their actions and decide on a course of action. Once they reach this point, they must have moved the plot forward.

A resolution is a few pages after the climax of your writing plot. Its purpose is to tie up loose ends and reveal the long-term consequences of a character's choices. In other words, it is the moment when your characters' choices have long-lasting effects on the world. It can also highlight an emotional aspect of the story. The resolution can reveal the love interest of the protagonist, the murderer of a detective, or the heroic deeds of a lone wolf.

A resolution doesn't have to be perfectly tucked away; it just needs to be satisfying for the reader. If the reader is invested in the story, they will naturally feel that the characters' eventual fates were inevitable. A 30-page resolution is unnecessary for short stories or novellas, but a two to three-page epilogue can give readers a satisfying, balanced ending. If your writing plot contains a few secondary plots, you may want to avoid a long-drawn out resolution.

The resolution is a bittersweet moment. It marks the completion of the story. It is the final chapter of the story. The reader will feel the character's journey was worthwhile when the story reaches its conclusion. The resolution will also allow the story to feel complete and will create a sense of catharsis. It depends on the characters and plot. There are many examples of resolution. They are common and ubiquitous. And they serve to illustrate the importance of resolutions in the overall dramatic arc.

A subplot is an element within a larger story that can be handled early in the writing process. However, it should be resolved before the story reaches its denouement. Attempting to resolve subplots too late will leave the reader with an unsatisfying taste. Similarly, dragging out the resolution of subplots will kill the momentum of your story's closing.

Once you've written the main plot, you can consider weaving in subplots. Subplots can connect the tidy world of a doctor with the dangerous world of the streets. These subplots should also show character development. If you're trying to write a novel, a subplot should be part of the story. It can be woven into the overall story if you know how to use it.

Subplots can either enhance the story or detract from it. While subplots are flexible, they should always revolve around one or more minor characters' goals. The main plot must be the engine of conflict, so subplots should originate from an overriding desire or purpose. If a subplot is overpowering and distracting, it should prompt you to revise your story.


What are your thoughts on How to Create a Writing Plot?