Explore your wildest steampunk-inspired ideas. This unique word generator will have you navigating the airship through airships named The X-Wing, The Death Star, The Iron Throne, and more. Want to know what your airship is called? Need a name for your next airship party? Look no further than this downloadable Steampunk Airship Name generator! Fill out the form and you'll get a unique, funny, and totally unique name for your airship.

How to Generate a Steampunk Airship Name 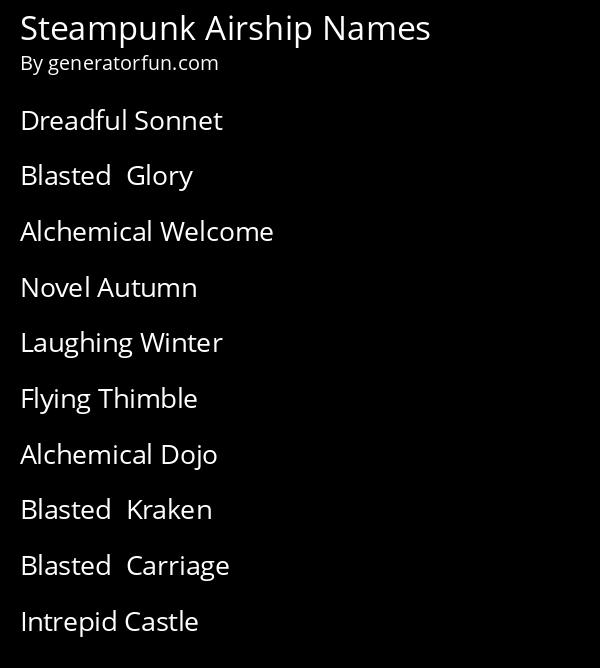 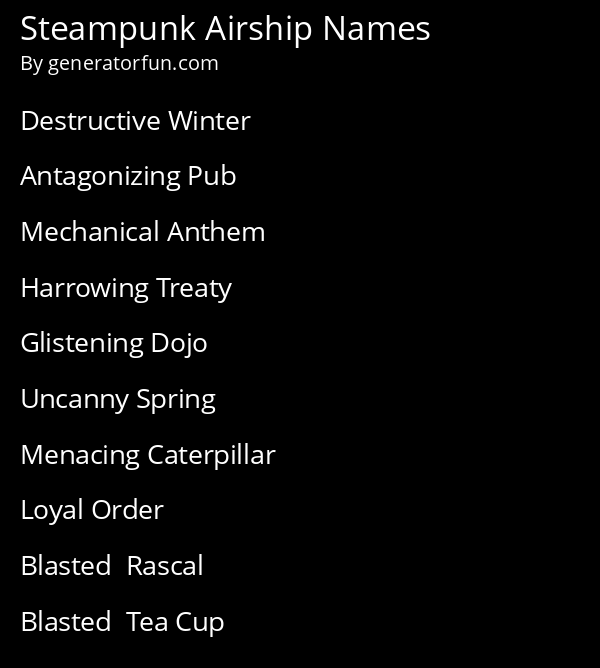 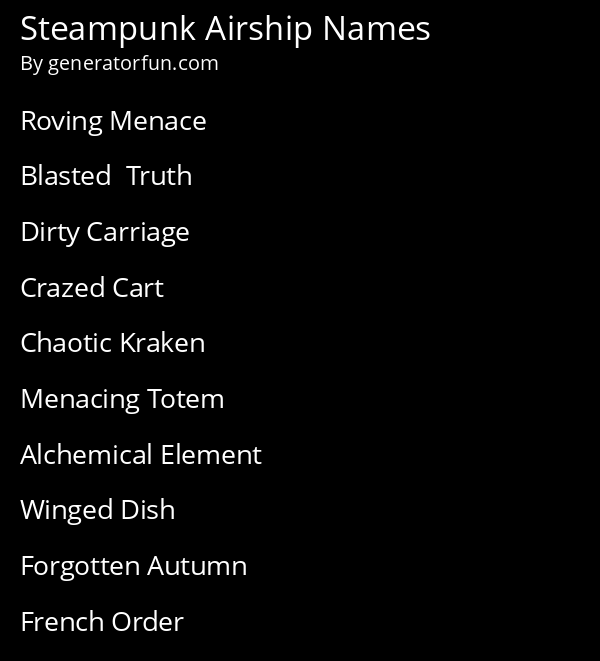 I was stuck. I needed some great airship names for my world and this website was my saving grace. It's one of the best generators on the internet and without it, I would be lost.