Introducing a new way to deal with bad programming days. The Programmer Excuse Generator will generate an excuse for your programmer's frustration. So you've been asked to test a program for bugs. You know it's going to take forever and you'll never finish it but you can't refuse your boss. You need something to blame it on, so the Programmer Excuse Generator is here to save the day! The program generates a random excuse in a matter of seconds and won't let you down.

The Programmer Excuse Generator generates random excuses for why programs don't work as spoken by a programmer.

How to Generate a Programmer Excuse

Hit the Generate button to generate a random programmer excuse.

1.  We outsourced that months ago

2.  That code was written by the last guy

3.  Like we keep saying, we need time to write tests

4.  The program has never collected that information

6.  It worked fine unbiased 5 minutes back

7.  We outsourced that months ago

8.  I'm surprised it works as well as it does

9.  The WYSIWYG must have produced an invalid output

10.  I didn't create that part of the program 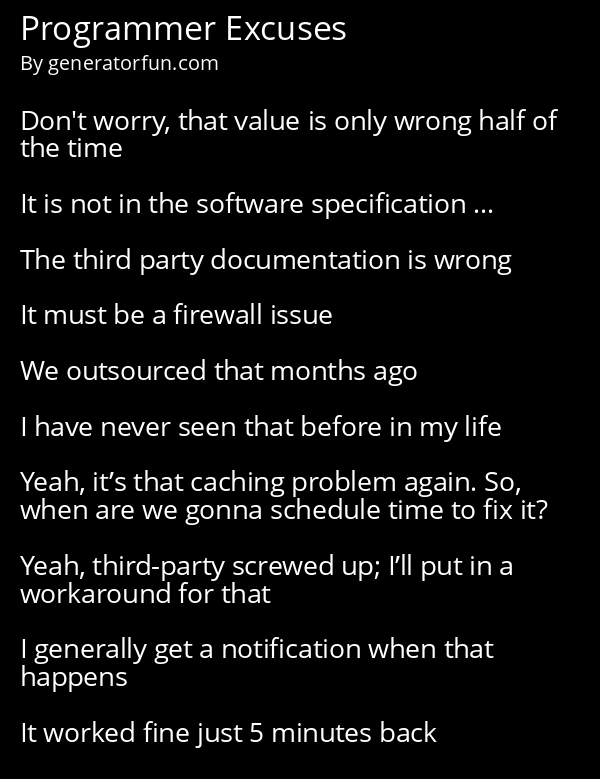 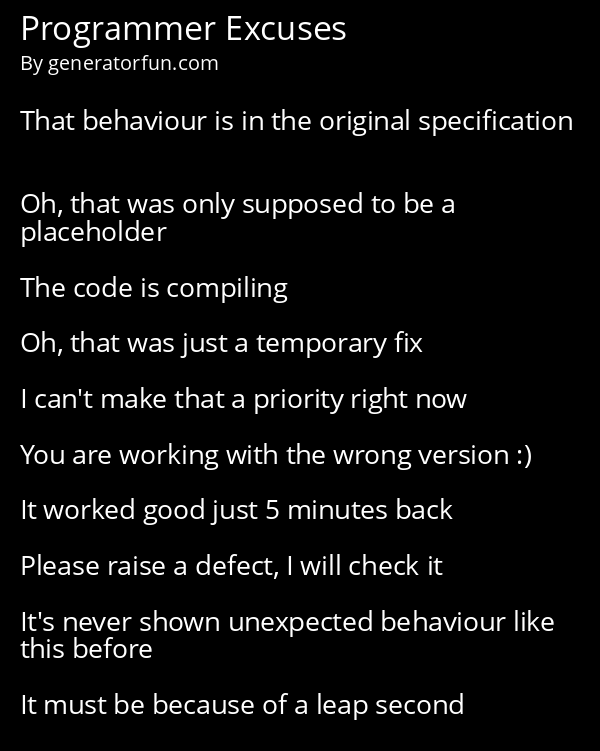